Wild West Guitars was established in 1999 and we are pleased to present you with the Wild West Guitars 20th Anniversary PRS Special Run. We have been collaborating with PRS for almost 20 years and to celebrate this friendship we are proud to present you with this limited edition guitar. We have hand-selected maple, mahogany, and Brazilian rosewood for this 20th anniversary Wood Library Artist Package McCarty 594 Hollowbody II limited to 10. Contact us for our Special Anniversary promotions.

The McCarty 594 Hollowbody II brings a new set of features to one of our most beloved models – the Hollowbody II. With fully-hollow build construction, the Hollowbody II is a resonant guitar with warm, woody tone. 58/15 LT pickups ensure that these guitars are clear and musical, and dual volume and push-pull tone controls offer plenty of versatility. The details taken from the McCarty 594 model impart old-school character to this already classic instrument. Those details include a 24.594” scale length, two-piece bridge, and Pattern Vintage neck shape. The McCarty 594 Hollowbody II is a true showstopper with effortless playability, articulate vintage tone, and a jaw-dropping aesthetic. 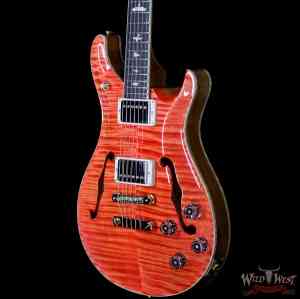 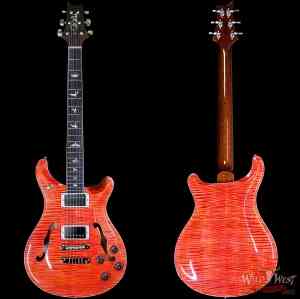 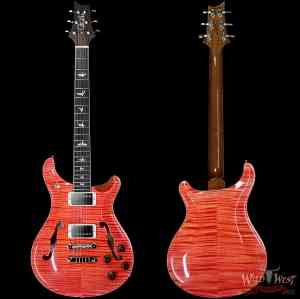 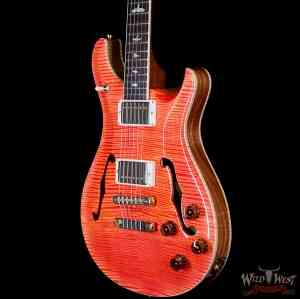 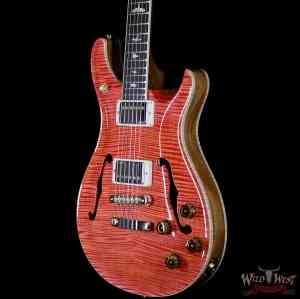 PRS Wild West Guitars 20th Anniversary Limited Run # 17 of 40 Wood Library Artist Package McCarty 594 Hollowbody II Salmon(Private Stock Color)
Get this item for as low as $553.68 / month
based on a purchase price of $6299 at 10% APR for 12 months.
How Financing Works