Private Stock program began in 1996 as a way to bring instruments that Paul envisioned to light outside the normal manufacturing process. Our Private Stock program represents the highest quality of materials, the most personally crafted instruments, and the greatest level of customization at PRS. No matter what specifications you choose, every guitar is carefully conceived and built with a “one-off” mentality. Ultimately through this program, we strive to provide you with an instrument that is equally as good as an heirloom to be treasured and a tool to make music. 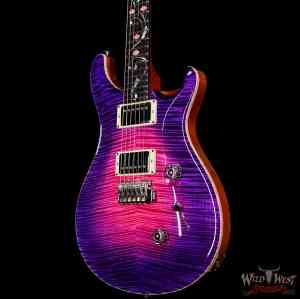