The PRS Silver Sky is the result of a close collaboration between Grammy Award-winning musician John Mayer and Paul Reed Smith. Years of development led to this vintage-inspired model, based off Mayer and Smith’s favorite elements of 1963 and 1964 instruments. The result is an idealized version of a vintage single-coil guitar where every detail adds up and sets this guitar apart from the pack and the past.

Some of the more distinctive specifications include, the headstock shape, tuners, neck and fretboard, bridge, and pickups and electronics. The headstock shape is based on PRS’s trademark design, but inverted to both accommodate Mayer’s playing style and also to keep a consistent length of string behind the nut, which makes staying in tune easier. The tuners are a traditional vintage-style, closed-back tuner, but with PRS’s locking design. The neck shape was modeled after 1963/1964 vintage instruments, and the fretboard has a 7.25” radius. The moment your hand grabs this neck, it just feels right. Like the tuners, the steel tremolo takes a classic design and incorporates PRS’s trem arm and Gen III knife-edge screws. The bridge on the Silver Sky is setup flush to the body in the neutral position so that the tremolo bridge only goes down in pitch. By keeping the bridge in contact with the body, the guitar itself is acoustically louder, which improves the signal to noise ratio of the single-coil pickups. The 635JM single-coil pickups are very round and full, with a musical high end that is never “ice-picky” or brash.

Other high-quality specifications include a bone nut, a molded metal jack plate that is curved to make plugging and unplugging a guitar cable hassle-free, retooled knobs, and PRS’s double action truss rod (accessible from the front of the headstock for ease of use). PRS premium gig bag included

“Despite its departures from vintage design, Silver Sky captures the sounds of an early-’60s Stratocaster* as well as any modern instrument I’ve encountered. In fact, it sounds better than some originals.”

“[The PRS Silver Sky] offers up shockingly good vintage tones and feel, but modern production methods and PRS’s legendary attention to detail have eliminated all the problems that go along with vintage instruments…including the monstrous price tag!”

“Tonally, it’s big, clear, and airy when played clean, and fat and resonant with overdrive kicked on…There’s so much to dig with this guitar, but most are sure to keep going back to that heel and amazing upper-fret reach, which changes everything.”

“After playing the Silver Sky, it’s easy to understand why it took so long to design and why John Mayer embraced this endeavor. For aficionados of the classic three single-coil pickup solidbody guitar design, this is truly one of the finest examples ever produced.”

“Bottom line: The Silver Sky absolutely delivers on the promise of being a damn-near-perfect version of this type of guitar…Paul Reed Smith doesn’t mess around, and you’ve got to assume that he never would have made this guitar if he didn’t think he could bring something inspiring to the party.”

“This is not simply a Strat with a PRS headstock. As Paul Reed Smith pointed out in an interview, every aspect of the guitar was thoughtfully designed, or redesigned. But don’t just take our word for it. Try one out. You may be just as impressed as we are.”

“This guitar isn’t designed to be just a collector’s item that is hung on a wall to look at, it was built to be played and pushed to the limit.”

“You can take as many modern or vintage twists as you want on an instrument. The real question is: does it work on stage or in the studio? Silver Sky works.”

“Man I am hooked on this Silver Sky. Can’t stop playing it! The feel and dynamics are really next level.” 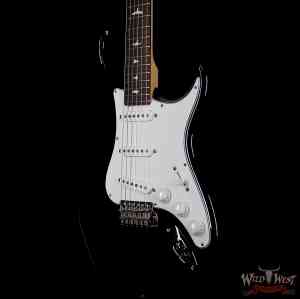 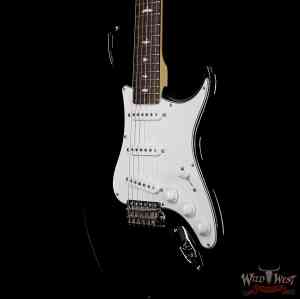 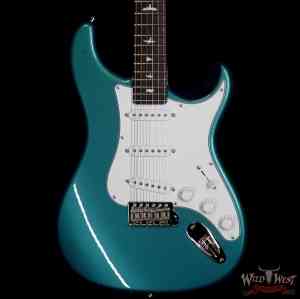 Paul Reed Smith PRS John Mayer Signature Model Silver Sky Rosewood Fingerboard Dodgem Blue
Get this item for as low as $202.08 / month
based on a purchase price of $2299 at 10% APR for 12 months.
How Financing Works