In the late 1980’s, Paul Reed Smith called on Ted McCarty to consult with him on guitar design and production techniques. He not only served as a mentor but became a great friend of Paul and everyone he met at PRS. In 1994, PRS released the first McCarty, an instrument that incorporated the full spectrum of techniques and knowledge Paul had gained from Ted as well as his own experiences as a guitar builder.
Made of zinc and brass, this bridge has four contact points and added mass, enhancing the natural tone of the guitar and helping to create a more resonant instrument.
Traditional closed-back tuners engineered to promote resonance.
“Low turn” pickups with vintage warm, clear tone. 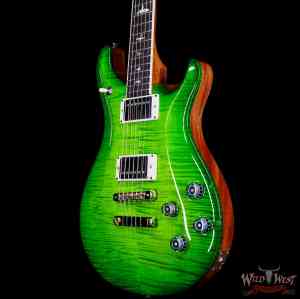 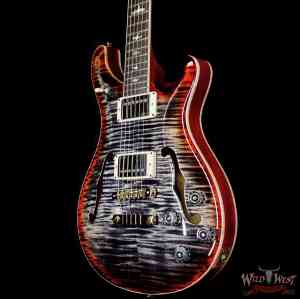 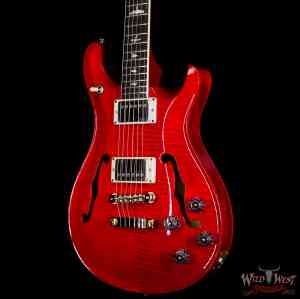 Paul Reed Smith PRS Core Series McCarty 594 Hollowbody II Rosewood Fingerboard Ruby Red
Get this item for as low as $447.41 / month
based on a purchase price of $5090 at 10% APR for 12 months.
How Financing Works