“The playability is instantly silky and facile, the tone bright, clear and shimmering, and the finishing details are a testament to the PRS craftsmanship. The broad fretboard is a joy to play, and I was blown away by the intonation–of course, split saddles!! Why doesn’t everyone do that?” – Alex Lifeson on the Hollowbody 12

While writing and recording Rush’s twentieth studio album at Blackbird Studios in Nashville, Alex Lifeson came across a PRS solidbody 12 string guitar. He contacted the factory to request a replica of this instrument, commenting, “I’ve been messing around with one of your 12 strings, and it’s by far the best 12 string I’ve ever played.” Fortuitously, PRS was preparing to run the first prototypes of our 12-string hollowbody guitar. We asked Lifeson if he would evaluate the Hollowbody 12. He did. Now you can too. 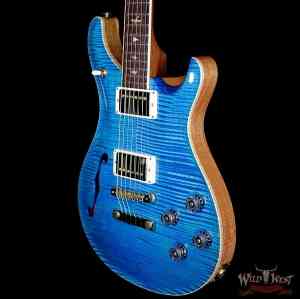 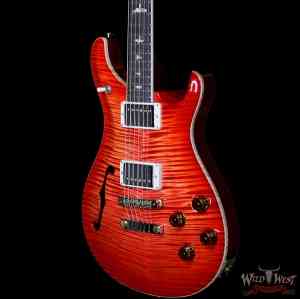 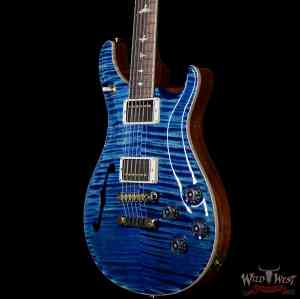 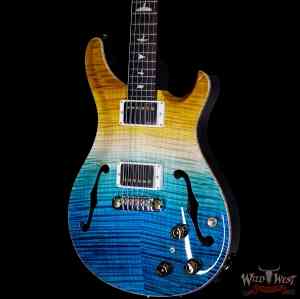 PRS Wild West Guitars 20th Anniversary Limited Run # 8 of 40 Wood Library Artist Package Hollowbody I Piezo HB1 Beach Cross Fade(Private Stock Color)
Get this item for as low as $500.15 / month
based on a purchase price of $5690 at 10% APR for 12 months.
How Financing Works