Carlos Lopez received his first electric guitar – an American Standard Stratocaster – as a teenager, and hasn’t looked back since. The East Los Angeles native graduated from the Musician’s Institute Guitar Craft program in 2006 and was hired by Fender mere months later as an assembly builder. Promoted to the Custom Shop in 2007, he spent the next eight years in the Team Built division, honing his Fender chops and assisting Master Builders on various projects.

“I’ve learned from the best of the best, and I can’t put into words how special it is to be a part of such an iconic brand with some of the finest builders in the world,” Lopez said. “It truly is an honor.” 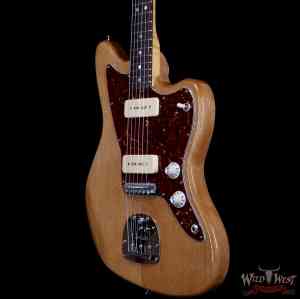 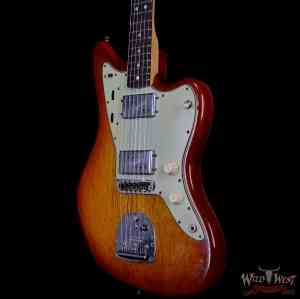 Fender Custom Shop Ron Thorn Masterbuilt 70’s Korina Jazzmaster Journeyman Relic Tobacco Sunburst
Get this item for as low as $747.06 / month
based on a purchase price of $8499 at 10% APR for 12 months.
How Financing Works